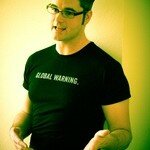 This passion for growth has defined Phil Putnam since day one, and has driven him to become one of the most seasoned and vital voices in music today. With stunning lyrical depth and a piano-based pop/rock sound, Putnam has earned a place alongside greats like David Gray, Rufus Wainwright, Tori Amos, David Wilcox, and Ben Folds. His commitment to excellent songwriting and an ever-evolving sound have produced 6 records over the past 8 years and established him as a Artist with feet grounded in the present and eyes on a very bright future. 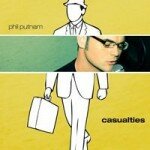 It’s safe to say, though, that this is not the life he thought he would lead. Born into a decidedly non-musical family in Sacramento, CA, he grew up surrounded by his father’s basketball career and his sibling’s youth sports teams. As the fat, girly kid in an athlete’s world, he rode the bench and read his books while his brain got bigger and his pride shrunk smaller. With the onset of Tourette’s Syndrome at age 9 and no solid music experience until high school, he was the clear long shot for a career in music. His ambition, however, having all the subtlety of a teenager on prom night, never let up. He studied singing through high school and discovered a shockingly strong talent in piano when he taught himself to play in college. It wasn’t long before he combined his fresh musical skills with a lifelong love of writing and was introduced to his future.

The future had a lot in store: his debut album “Healer” in 2001, “Long Story Short” in 2002, “All the Courage Required” in 2004, “Best of Intentions” in 2006, and “{What Became of the} Choir Boy” and “Casualties” both released in 2008. These 6 records have the same heart, the same core of Phil with the pen, Phil at the piano, Phil on the microphone. Everything else, though…it grew. “All the Courage Required” struck the balance between the very raw sound of “Healer” and the radio-ready pop of “Long Story Short”, “Best of Intentions” explored programming and ambience with a new level of sophistication, and “Choir Boy” took it back to the basics of piano and vocals before shocking everyone’s system with “Casualties”.

His largest project to date, “Casualties” is Phil at his absolute best. Featuring sixteen songs crafted over 3 years from the best and worst moments of life, “Casualties” is about growing up and getting on. Handing over the reins for the first time in his career to Producer/Arranger Steve Wallace, the two struck a perfect partnership and blew open new ground in the sound, look, and feel of what defines Phil’s music. Under Wallace’s impeccable creative vision “Casualties” introduces new influences and instruments to Putnam’s trademark piano-rock sound, diving deep into programming and electronic music against unflinchingly evocative string quartets, woodwinds and horns. The resulting depth of communication and new sound displays dynamic growth in Putnam’s work and boldly opens the most exciting chapter in his career. 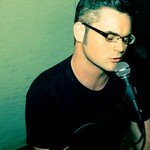 With so much already accomplished and so much to celebrate, it may be tempting to think that he is nearing the end of his run. However, if anything is true of Phil Putnam, it is this: there is always more. There is no stopping his insatiable need to live life well and make exceptional music. He will always change. He will always sing. He will discover what he needs to write about, who he can write for, and he will never stop.

There is always more, because he will always grow.

Track: Phil Putnam – More Than This

Video: Phil Putnam – More Than This