Stephanie Carcache brings a big voice with a little attitude making her a major contender for mainstream pop music.

Teaming up with Executive Producer/Grammy Award winner Cory Rooney is a perfect combination in route to Stephanie’s success. 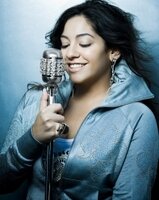 Stephanie has a musical gift that has been entertaining family and friends since she was a young child. As early as Kindergarden, she knew her path would be music. By the time she was twelve, after her own research, she sought out and – independently – hired her first vocal coach, Luis Manuel Diaz. When she was thirteen, she was featured on PAX TV’s prime-time show, “America’s Most Talented Kids,” winning a casting in the franchise’s “Special Diva Episode.” On the show, she shared the stage with its co-host, Raven Simone, known for hit shows like Disney’s “That’s So Raven” and the musical smash-hit group “The Cheetah Girls.” 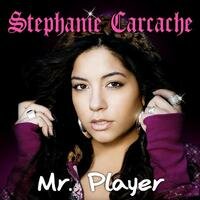